History Of CHURCH OF SOUTH INDIA

The emergence of the Church of South India from and out of several conflicting denominations and sects into one united Church was acclaimed as the second greatest miracle in the history of the Church, next only to the event of Pentecost which gave birth to the Church itself. Different Church groups from the West, which even to this day, do not have much in common, were able to leave behind their distinguishing differences, in order to forge themselves as one Church, with a distinct new identity as an independent Indian Church in the Independent India free from the "colonial stamp and mark" which it carried earlier. This significant move took place for a well considered purpose of Witness and Service by the Indian Church with indigenous resources. Through this, the Church of South India had provided to the worldwide Church, a model for meaningful ecumenical fellowship overcoming petty differences in faith and order and presenting itself as a matured Church with its own national identity. 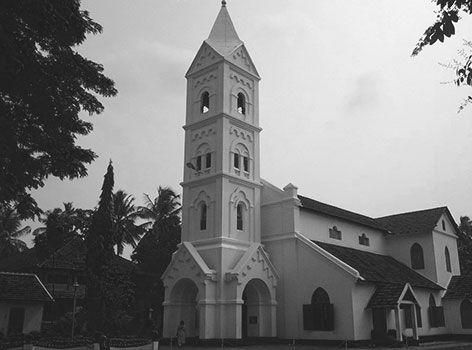 The beginning to this lofty achievement was made in the year 1919 when 33 Indian Church leaders met together in the New Jerusalem Church in Tranquebar and gave a clarion call to the divided denominational Churches (of European origin) in India to unite together as one Indian Church. The painstaking efforts of negotiations and consultations lasted over twenty eight long years both in India and abroad at the Churches and Mission Board's headquarters and at the level of the local congregations.

The Church leaders had to deal with the variety of legal, administrative and theological issues. They also had to find solutions to the problems of property management, administration and leadership, jurisdiction and governance, acceptable Doctrine. Common Liturgy, Order of Ministries, etc. They had to arrive at a common Constitution and Bye-laws and set a democratic process of governance. And finally on the 27th September 1947, the Church of South India emerged as an Indian Church, bringing together with it Missionary Societies and Churches from four different denominational Church traditions namely, The Anglicans, The Presbyterians, The Congregationalists and the Wesleyan Methodists. This United Church also brought together in Communion, a large family of Christians superseding caste and class considerations. This fellowship was further enriched and enlarged as the Churches from the Basel Mission tradition joined the Union of the Church of South India later.

The Church of South India is governed and administered in the administrative districts known as the Dioceses. There are twenty four Dioceses in the Church of South India each of which is headed by a Bishop functioning under a common constitution of the CSI. Each Diocese is governed by its own Constitution and Bye-laws for the purpose of local administration. The Diocesan Council is the highest policy making Body. The Executive Committee of each Diocese executives the Policies and Programmes along with the number of standing Committees elected by the Council. The Standing Committees along with their sub-committees, their sub-committees take care of the various Ministries including the management of properties and finances within the Diocese.

The Ecumenical Outlook of the CSI

The Church of South India is a worldwide fellowship. The Church is in partnership with worldwide ecumenical bodies. Thereby, the quality of its ministry is constantly enriched and its outlook widened. The Church of South India has been a member of the World Council of Churches (WCC), Christian Conference of Asia (CCA), World Communion of Reformed Churches (WCRC), Global Anglican Communion, Evangelical Mission in Solidarity (EMS), Presbyterian Churches in the Republic of Korea, Uniting Church in Australia, etc. It has been partnering with worldwide service agencies such as ECLOF, Christian Aid, Compassion India, Episcopal Relief and Development, Bread for the World, KNH etc.

Winding of the Ecumenical Co-operation within India

The union that began with the Episcopal and non-Episcopal stand of the Church through the union of the Church of South India, continues to grow with a search for a more meaningful and relevant union. Together with the Church of North India (CNI) and the Marthoma Syrian Church, a Communion of Churches in India has been formed. Many joint programmes are being organized on behalf of the Council of Churches.

Special Thrust in Ministry and Mission

Besides these, there are a number of other Committees in the CSI, promoting a variety of ministries.

The Order of Sisters

The Church's Commitment to the Community

As our Master Jesus Christ lived for others, the Church primarily lives and functions for the sake of others. It was Arch Bishop William Temple, who once said that Church is the only Organisation which does not exist for its members.

The foundation of the Indian Church rests on its ministries of Compassion and Charity. The former Chief Minister of Karnataka Sri S.M. Krishna once in public address stated: "When I tour around my State, whenever I see a Cross in some remote village or town, then I know that there is some good work going on there". These statements aptly describe the services of the CSI to the Community. The Church of South India is one of the most significant social Institutions in the country providing quality education and health care to millions of people both in the cities and in rural villages and towns. The CSI administers and efficiently runs hundreds of Colleges including professional Colleges, Polytechnics including Polytechnics specially designated for women, High Schools, Primary and Middle Schools mainly to cater to the needs of the growing masses in cities, towns and villages. The Church of South India also runs Hospitals in many parts of the country. Large Hospitals do have a School of Nursing or a College of Nursing attached to them. The Church of South India has also ventured into special areas of service especially for the differently abled, deaf, dumb, blind, etc. It also runs residential schools for the orphans, semi-orphans and the poor and destitute. A special area of concern is the Child Care Ministry including the care for the children in crisis. Special efforts are also made to address areas of concern such as women in crisis including the traditional devadasis. The Church is ever alert to take up new challenges emerging in the community and is available to handle them compassionately and competently.

Copyright ©2017 Dioces of Malabar. All Rights Reserved. Powered by Explore IT Solutions